The UC Davis Veterinary Emergency Response Team (UCD VERT) was formed in 1997 after the Yuba County floods.  The unit functioned as a veterinary response team for accidents involving horses, mules and other large animals.  The team responded to large animal accidents, providing large animal technical rescue and equine helicopter rescue, as well as response to large scale disasters for Yolo and adjacent counties.  The UCD VERT expanded, and in January 2008 it became a registered Medical Reserve Corps (MRC) Unit. The MRC program is under the umbrella of the Civilian Volunteer Office of the Surgeon General, part of the National Citizen Corps Program.

Members of the UCD VERT are registered Disaster Healthcare Volunteers (DHV) at the DHV Medical Reserve Corps  (www.medicalreservecorps.gov/HomePage) and also Disaster Service Worker Volunteers at the Yolo County Office of Emergency Services.  People working within the veterinary field that are interested in becoming a volunteer in the UCD VERT can contact us for more information.

The UCD VERT MRC can be deployed in Yolo and other counties upon request by the Yolo County Office of Emergency Services (OES), or in declared state disasters.   Our work as a Medical Reserve Corps Unit has allowed us to respond to a number of incidents and disasters over the last 10 years.  Our response has ranged from assisting in the effort against the H1N1 influenza pandemic of 2009 to the response to wildfires including the recent devastating disasters such as the Tubbs Fire in 2017 and the Camp Fire in 2018 (The deadliest California fire on record), and Kincade Fire in 2019, the Lightening Complex, North Complex and Glass Fire in 2020.

UC Davis VERT Medical Reserve Corps was deployed to Butte county twice during the Camp fire response for a total of 19 days. The UC Davis VERT MRC deployed a total of 87 volunteers (73 veterinary students who are members of the sVERT club, 12 SVM veterinarians, 2 registered veterinary technicians).

The first response consisted in triage and the veterinary care of the large animals and birds sheltered at the Gridley Fairground, as well as animal search and rescue mission.

The second response consisted in assisting with preventive care, the identification and preparation of unclaimed small animal sheltered at the Del Oro shelter for relocation. 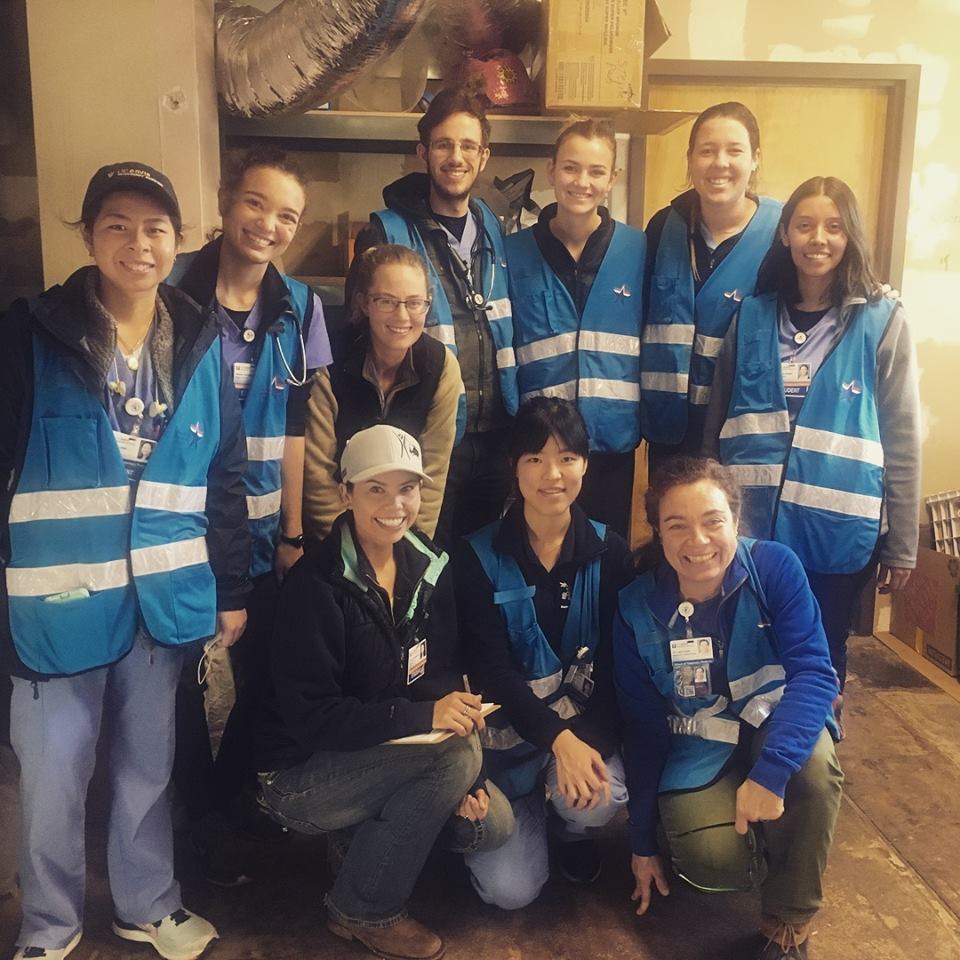 The state of California Emergency Medical Services Authority presented a Certificate of Commendation to the Medical Reserve Corps of UC Davis’ Veterinary Emergency Response Team in recognition of the response to the 2018 Camp Fire.

Dr. Howard Backer, Director of the California Emergency Medical Services Authority (EMSA), announced the recipients of the California Emergency Medical Services Camp Fire EMS Awards for 2019. The ceremony took place on June 17, 2019 from 1:45 – 4:00 pm at the Laxson Auditorium, California State University Chico.  "We want to join with the community affected by the Camp Fire to recognize the EMS and healthcare personnel who demonstrated compassion, dedication, and in some cases, bravery, to rescue and support the victims of the fire," stated Dr. Howard Backer.