Caring for Animals in Disasters and Emergencies

This involves awareness, training, and integration of veterinary medicine to first responders, private practice veterinarians, disaster response workers, emergency planners, and the many volunteers who come to the aid of animals and people in large-scale disaster events.

When a catastrophic event overwhelms a community, the first instinct is to grab loved ones and head to safety. Many pet owners would never want to leave their animals behind, but they haven't made an emergency plan for their pets. When a town must evacuate due to a major emergency, such as a fire, many people refuse to leave without their animals. This puts them and emergency responders at risk. When people do evacuate with their pets, they often arrive at a shelter only to find that animals are not allowed. People have lower stress and cope better when the entire family, animals included, is not separated during such a traumatic time. It is important that emergency management personnel have the knowledge to create a safe shelter environment for pets.

Individual animal emergency responses occur frequently. When an animal is in a precarious situation, many bystanders’ first instinct is to help the struggling animal. There is a significant risk to human and animal safety when the public or first responders with no specialized training in handling animals in an emergency situation try to step in. For example, if a horse or livestock trailer overturns on the highway, the animals may become loose on the roadway and create a public safety hazard. The situation may require a veterinarian to provide restraint, sedation, anesthesia, or emergency treatment to the animal. 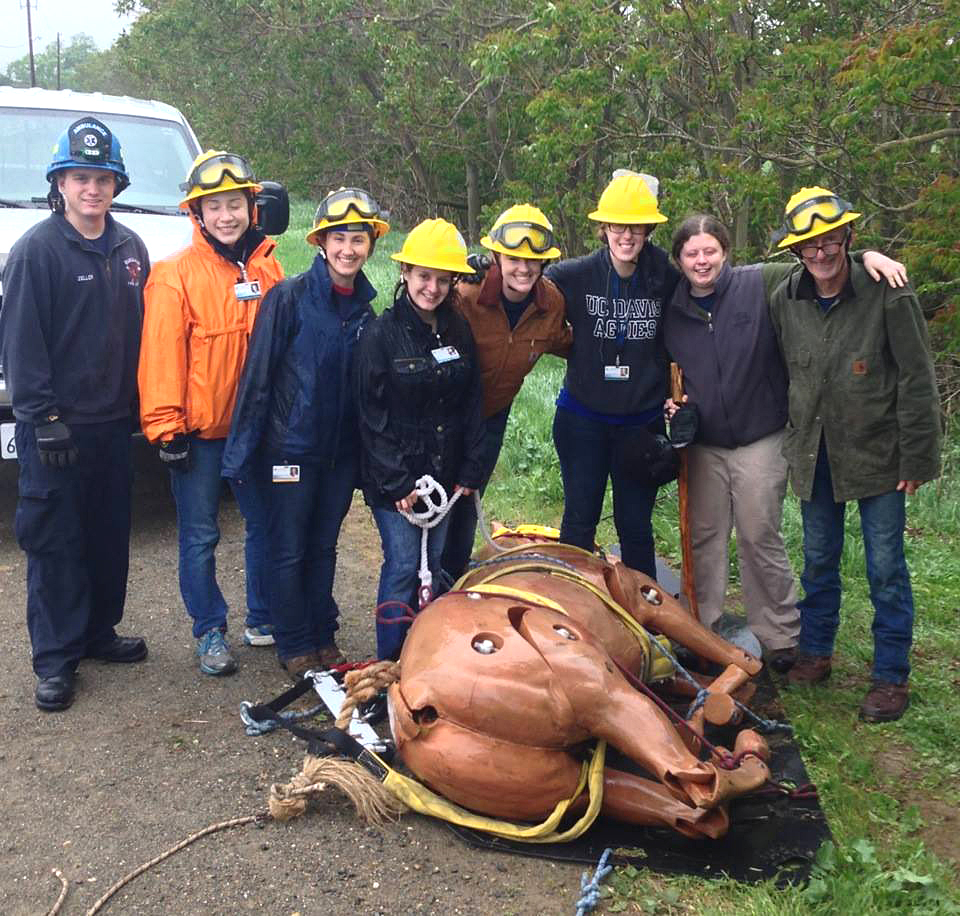 We are continually working to make sure the animal component is in place for disasters and emergencies – locally and globally. The mission of the UC Davis Veterinary Emergency Response Team (VERT) is serve as educational and training group to support communities in need.